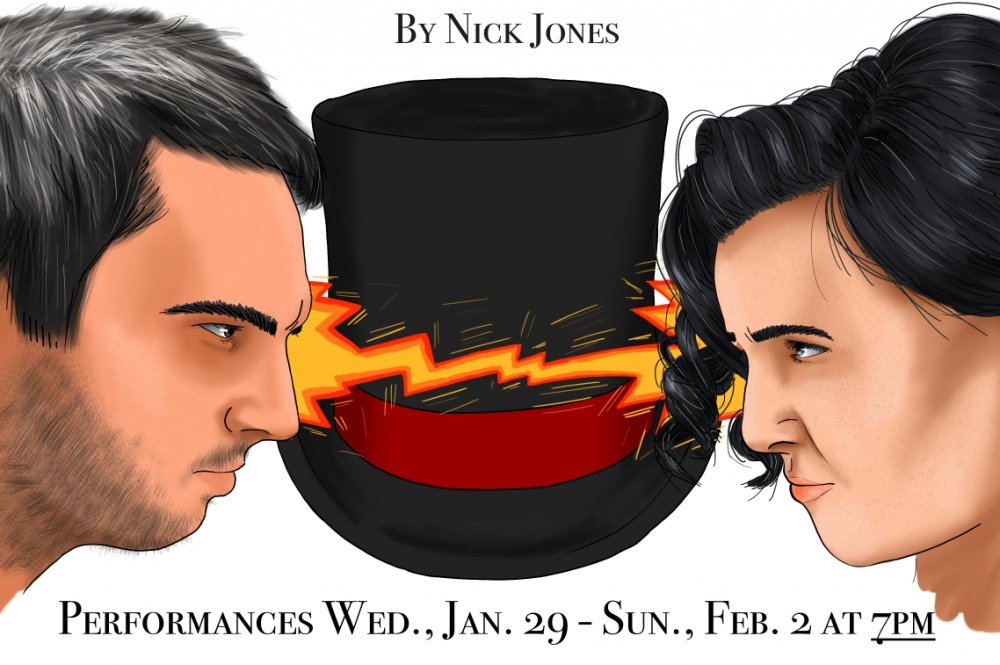 Important Hats of the 20th Century

Performed by HUbbub, the English Theater Group of the Dept. for English and American Studies, Humboldt Universität zu Berlin

What would you do if you saw a random man bursting out of your closet and stealing some of your favorite clothes, and then suddenly vanishing into thin air? Tell your parents, right? But would they believe you?

In the fashion world of New York of 1937, two rival fashion designers are fighting for the spotlight. When it comes to fashion, Sam Greevy is THE star. With his flamboyant dresses and hats, he is New York’s most celebrated designer -until Paul Roms begins to amaze the masses with his “new” inventions – a sweatshirt and skater jeans.

Pretty confusing, right? At least that’s how 16-year-old Jonathan feels when Paul Roms emerges from his closet in 1998 wearing a time machine and steals his clothes. But the time machine threatens to open a rift in space and time. As the rivalry between the two designers and the number of Paul’s trips to the future increase, New York is threatened with destruction unless Paul can be stopped. Buckle up for an epic time travel story with scientific geniuses, fabulous dresses, alien attacks, and important and daring hats!

Performed by HUbbub, the English Theater Group of the Dept. for English and American Studies, Humboldt Universität zu Berlin

Ticket reservations ONLY available through our e-mail account: Hubbubtickets2020@hotmail.com, not through the ACUD theater.