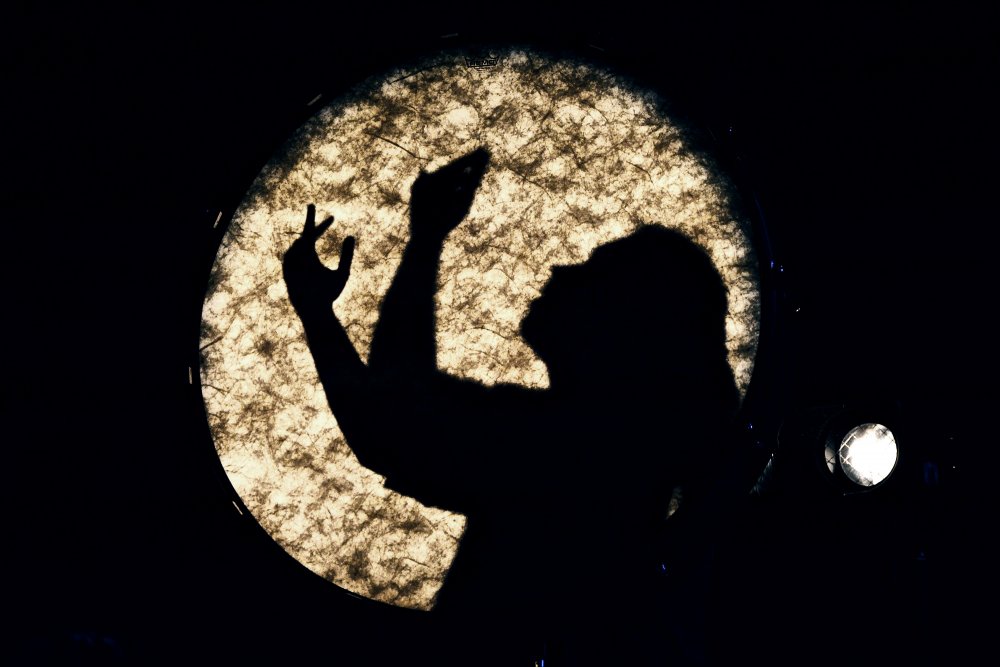 The Ghost Dance was a ritual created as a response to the great crisis suffered by the Indian civilization in North America in the late 19th century, after Western civilization had taken over the life of the Native Americans. The dance was done in hope of steering towards a great change: the end of the present world and beginning of a better one. In a time of hopelessness, the Native Americans danced in the belief that it would change their fate. The dance was effectively prohibited and is associated with the shameful extermination of the population. The ritual was one of the many desperate cries against the spreading wave of capitalism’s cruelty. The performance is a symbolic evocation of this ritual in defense of dying values. It is our act of hope at a time when the next turn of the wheel of history seems to be unstoppable.

Every generation of naïve idealists experiences great sacrifices in the name of their values. This revolution of the heart has been the guardian and manifesto in defense of minorities and the oppressed. Ghost Dance is an action which combines music and theatre. The performance is an original piece by Teatr Brama, inspired by writings by Allen Ginsberg, Patti Smith, folk art of dying civilizations and anti-capitalist manifestos.

Theatre Brama worked initially as a drama circle, then was the home theater of the Goleniow Culture House and created an independent ensemble well-known in Poland today. Theatre Brama was founded by Daniel Jacewicz and is based in Goleniów, where many performances and art projects have taken place. For many years Brama managed to create a vibrant environment in Goleniów theater. However, Brama brings together a large number of restless and creative young people, whose individualism does not fit the framework of small-town archetypes. Although Goleniów is the hometown of the theater and most of its core of actors, musicians and friends, the theater spends most of the year performing around Poland and throughout the world.

Main motivation of Teatr Brama is revolutionizing the relationship between audience and theater by utilizing performance to create a participatory meeting, not a spectator activity. The Teatr Brama ensemble are a diverse group dedicated to a common artistic goal ­ realized by researching the heights and depths of emotion, recalling heritage and reacting to the reality of life. As a cultural and educational association, Teatr Brama utilizes non­formal and informal educational methods to empower people to use art to improve their lives and their world.