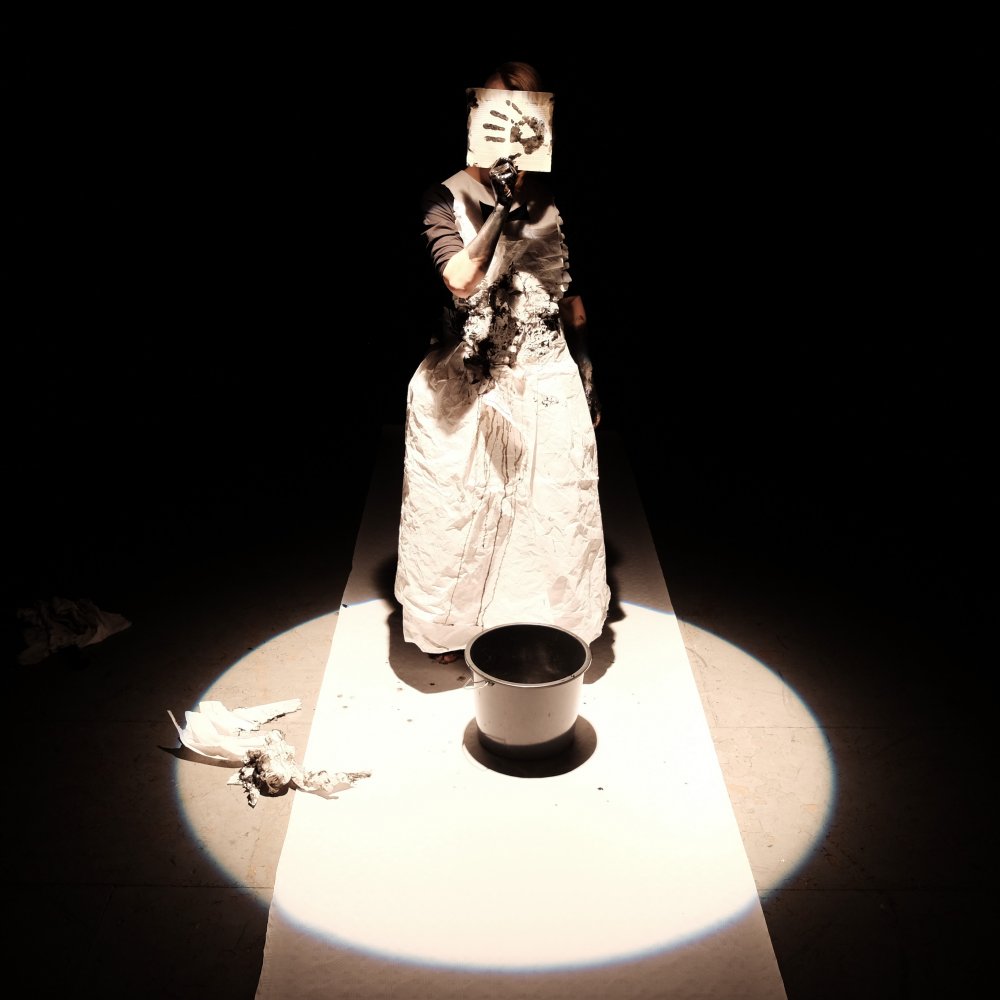 Intersection of image, word and movement..

They say that this strange hybrid of three mediums is a result of an artist being used and possessed by a concept of a black circle. Also the rumors say that this situation is similar to the one that happened to a famous Russian avangard painter in the beginning of century. Sometimes artists have no resistance to influence of shapes, colors, figures and words and are exposed to their violent attacks.

A BLACK CIRCLE as a FIGURE and a CONCEPT manifests itself through a performance, a theatrical piece. Idea of this form applied to a movement, a single word, a text, even to a sound opens up new ways of perception. A breath as a movement produces a sound that has particular letter to be indicated, this letter has a well known shape “O” that repeats a form of lips that create a movement to give birth to a sound. Black circle is everywhere as a shape, as a form, as a metaphor, as a fantasy, as a starting point, as an endless journey, as a frame of nothing, as an entrance to unknown, as a mental disease, as a system of rules, as a moving force. Black circle is waiting to infect your mind.

Beware of a black circle.

Evgenia Chetvertkova is a dancer, choreographer and performer.

She began to dance in early childhood and got her initial education and stage experience in Troitsk dance ensemble for young people (ballet and folk dances). While studying at the Moscow State University (psychology) she moved towards more contemporary and improvisational forms of dance and theatre. After graduating (2007) she took part in performances of the Derevo Theatre and began her own experiments in dance, physical theatre and visual arts. Being a member and later choreographer of Russian PoemaTheatre dance theatre over 6 years she developed a unique practice and created over 10 choreographic pieces. Since 2017 she lives in Berlin and studies at Solo Dance Authorship master programme in HZT.